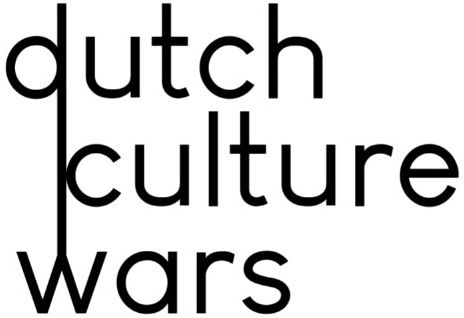 Examples of Dutch culture wars are frequently found in newspapers, online articles and forums, and videos. On this page you can find such examples for politics. You can click on the images to read the complete texts and articles as well as to find the source of the images. We update this page regularly! Unfortunately, some content is in Dutch.

It was self evident that someone with a snobbish accent [would become the Mayor of Amsterdam], who in a very elitist way explains to you that when [immigrant] squatters come they too have the right to housing and residence and you as a white are just a racist because you don’t just leave your house.”

What an imbecile, unprofessional and terribly biased way of interviewing by Jojanneke van den Berge during #Eenvandaag. What a disgrace! You would almost decide to vote for the #PVV! #NPO1 #Wilders

I understand immediately why @geertwilderspvv rather stays away from the NPO [Dutch public broadcaster]. He is not interviewed, he is snapped at by a lady who feels morally superior. #eenvandaag

People on Twitter react to an episode of news program EenVandaag in which PVV-leader Geert Wilders was interviewed (and interrupted multiple times) by Jojanneke van den Berge. Retrieved April 5, 2019, from various Tweets and reactions.

Instead of taking the grievances seriously, many leftists, led by politicians, professors, and columnists, have become shockingly arrogant.

From the 70s onwards the more educated class started to pursue its hobbies: multiculturalism, diversity, globalization, cosmopolitanism. The 'average' man does not care about that. He, like me, thinks the Netherlands is one of the best countries in the world. He does not want to be admonished constantly because he opposes an asylum seekers' center, or because he is afraid of the radical Islam, or denoted 'racist' because he wants to preserve Zwarte Piet.

The disdain of princess Ollongren [Minister of the Interior and Kingdom Relations] for the common folk is sickening.

Bolkestein named D66 a 'party of status', strongly conscious of its own superiority.

Thom de Graaf [wrote] that D66 positioned itself consequently as the combater of the quickly rising populism. That is true, but the order is wrong. First there was the righteousness of the wise, then there came populism.

To convince those that cling to the Wilders-idea that [their] vision is untrue you have to understand which logics drive these people. Only if you do that you can, out of empathy, get closer to each other. Isn’t it clear that the elite/status quo has to realize that their logic is not the only possible form of rationality?

One can only frown upon the urban [Randstedelijke] arrogance with which the concept of gender neutrality is being imposed on society, [...].

It is the soggy elite who always agrees with each other and support each other. They have to, otherwise the coalition will collapse (hurray).

"Fuck the citizen", captured in one image.

Martin Schultz, former president of the European Parliament, called for a 'revolution of the decent' [Aufstand der Anständigkeit], Antonissen argues that this call signals unprecedented moral superiority. "How come that a great part of the electorate is put away as 'stupid and retarded' by such an influential social democrat?"

"While [social democratic parties] used to be very popular among laborers, progressive politicians apparently got out of touch with many in society. In the Netherlands, this is evident in the Labor Party's loss of 9 seats [in parliament]."